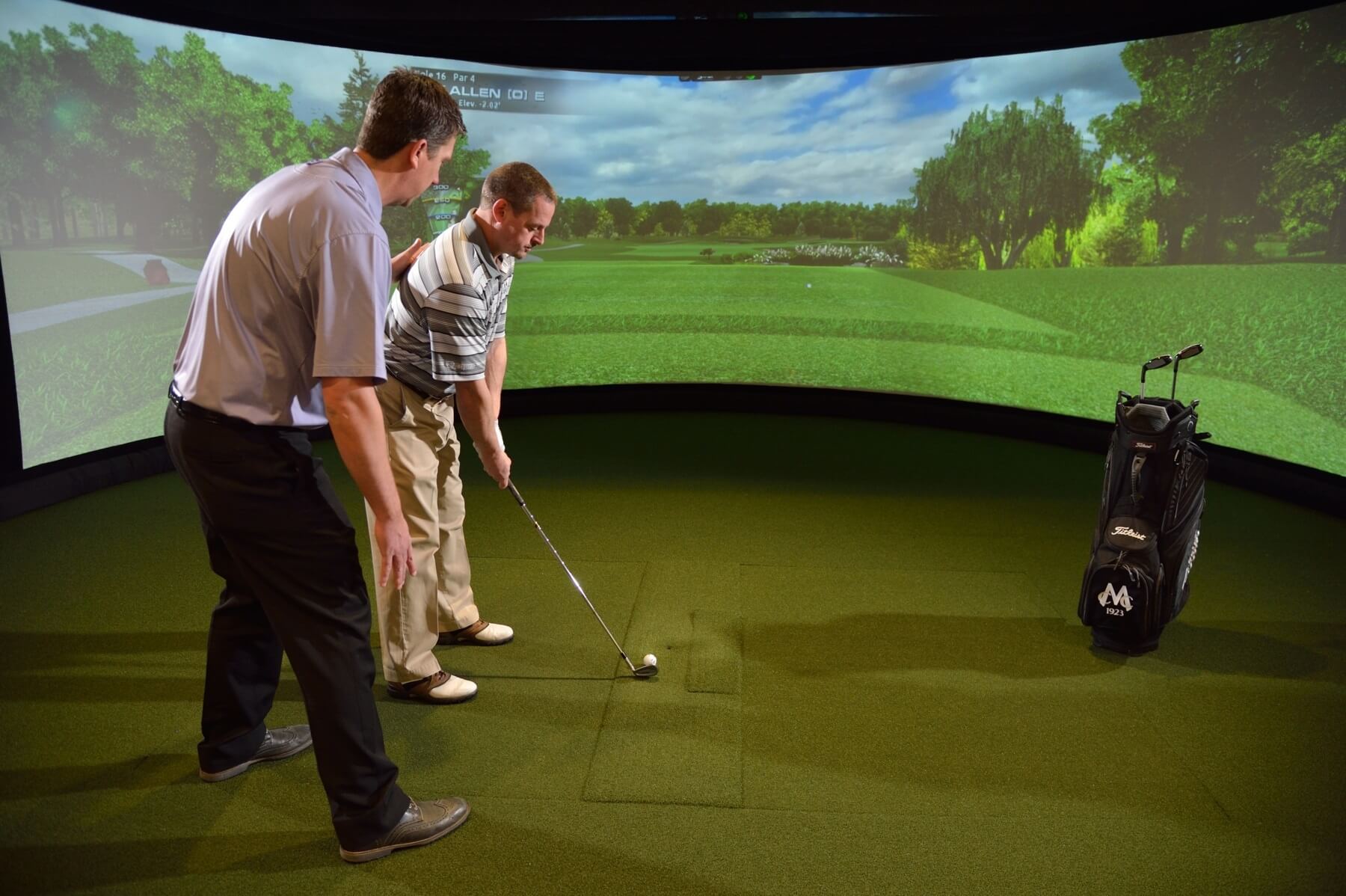 Can Golf Simulators Improve Your Game?

Danny Ellis on Learning to Golf at 60

Danny Ellis is a gregarious socialite and proud grandfather who deeply values relationships with family and friends. Danny first developed a serious interest in golf because he wanted to connect more with his sons-in-law. As far as sports went, his two loves were baseball and tennis.

Ellis didn’t purchase his first set of clubs until the age of 60.

“Golf is a hard game, and anyone who tells you it isn’t a hard game isn’t being completely honest,” said Ellis.

“I played baseball growing up. I played tennis competitively, ranking in the Southeastern US. Golf is a much harder game than either one of them.”

Ellis didn’t let the difficulty deter him from finding the best way to learn to golf. “I found a local LPGA instructor and started taking a golf lesson every week. I did it because when my sons-in-law were in town, they wanted to golf. I love spending time with them. I realized it would surely help if I were at least a little competitive with them.

“In addition to taking those lessons, I thought, ‘Well, how can I do this? I can hit golf balls pretty much every day and have someone giving me instruction. I should be able to get better at this.’ I got the bug.

After seeing Michael Breed’s simulator on the Golf Channel, Ellis began researching golf simulators. He knew that if he had a golf sim at home, he’d have more opportunities to practice and learn.

After calling indoor golf centers and asking for golf simulator comparisons, he landed on an aG Links simulator. Ellis said, "I have had nothing but great experiences with the people from aboutGOLF. Your salespeople, your folks that do the maintenance on the machines, the technical guys—even when I need supplies, it’s been a very pleasurable thing. I work with a lot of companies and everybody I’ve worked with at aboutGOLF has always been friendly. They go out of their way to help me.”

We were impressed with Ellis’ answer:

“I started out having trouble making contact with the ball, and now I’m pretty close to a single-digit handicap.”

“First of all, golf is a game of repetition. If you’re willing to hit a hundred 8-irons today, you learn after a while what you’re doing wrong. Of course, it helps to have that PGA pro come in every once in a while because they see things in your swing that you don’t. Even without that, when you hit that ball in the center of that club face in that sweet spot, you know it. You can develop good habits and get rid of those bad habits. You start to feel it, and that gives you confidence.”

Ellis' instructor uses his simulator data to hone his golf swing. “Now what I’m really working on is ball movement. If I want to bend it left or bend it right, I’ll hit a few shots. He’ll say, ‘Okay change your grip a little bit here or change your backswing.’ We’ll look at the trajectory of the ball and how the spin is different from one swing to the next. That’s how we’ve been able to fine-tune some of these things.”

“I think one of the things as far as scoring that has helped me more than anything else is learning to putt on my sim,” Ellis said.

“When I’m playing a friend and I’m on the golf course, the first thing I do when I walk up to my ball is I mark it, then I step off the distance from my ball to the pin. I can feel it's 12 feet and a little uphill. I know how hard I have to hit my ball for it to roll about 12 feet.

“I putt differently than everybody because when I’m walking from my ball to the hole, I’m not only getting the distance, but I’m also feeling the undulation of the green. Is it uphill or bending left or bending right? I can out-putt just about everybody I play with because of that. I have a totally different mindset than the people I play golf with because I learned to putt on a simulator.”

On Pitching and Chipping

"I do almost all by chipping with the same wedge—a 57-degree wedge. I use the Green Target range on my sim because I can move the distance to wherever I want. Because of that, I can tell you exactly how much backswing and how much follow-through I need at every distance using that 57-degree wedge.

“I learned it all on the simulator. If it’s 20 yards, I know exactly how far I have to take that 57-degree wedge and I can put it right beside the flag or near the flag pretty much every time. I don’t even have to think about it.

“The other thing we look at with my wedges is my spin rate. I can control the ball so much better. My instructor will say, ‘Okay, we can get a little more spin out of that and you can stop it the ball or even back it up’. And we’ll watch the spin rate. If I use my sand wedge or my lob wedge or whatever, I’m able to spin the ball a little better and control it on the greens better.

“One day you’ll get old like me. Even though I certainly want to hit the ball as far as I can, if I can control where I hit it and stop it when I want to stop it, that makes me a better golfer than trying to kill every club.”

“Like I said, I’m pretty close to 69 years. I have lost some swing speed. We’ve been able to use the data to pick up a little speed.”

“Being able to repetitively hit that ball over and over again took away that fear when I got out on the golf course.”

Ellis said, “I wanted to learn but I don’t think I would have ever gotten into golf like I have had I not had the simulator. I’ve teed it up with some pretty good golfers pro golfers. In the past, I might have walked around behind them and carried their bags, but I never would have thought about stepping up and hitting my own shot.

“Now I wouldn’t hesitate a bit.”

Ellis has cataloged his scores on the simulator since he began playing. When the learning curve flattens out, it’s a good tool to stay motivated.

"It wasn’t long after the first year of playing that I was breaking 100. It slows down from there. I’m better every year, but the percentage I’m better is a little less every year.

“I had so much room to improve in the beginning. Now I’ll go and sometimes shoot an 80. My new goal is to lose one more stroke off my handicap. It may take me another six to eight months to get rid of a stroke, but by golly, I know if I get on my simulator and hit enough golf balls, I’m going to get a stroke better.”

Ellis says, “I like to show people my notebook and say, ‘Here’s what I shot four years ago, and here’s the same course today.’ To show them and compare one to the other is fun to me.”